TWO-TIME WINNER OF THE ELEANOR FROST PLAYWRITING COMPETITION FOR EXCELLENCE IN WRITING. 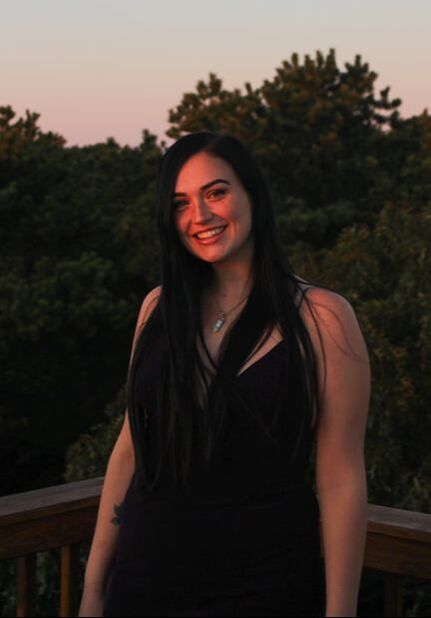 Savannah S. Miller (she/her) is a playwright, actor, and artist based out of the Carolinas. A strong believer in the power of words, she has written several one-act and full-length plays. She considers herself an inventor and agitator, and her art a means of activism.

Savannah's writing aims to center the narratives of women and LGBTQIA+ communities, as well as raise awareness about mental health and invisible access needs. She is also currently a corp member for Teach for America in Charlotte, NC.

In addition to writing, Savannah is a graduate of Dartmouth College and has acted in several productions, including Theatre: A Love Story (Women's Theatre Festival, 2021);The Sweet Science of Bruising (Dartmouth College, 2020); and A Chekhovian Cabaret (CRASH Theater Co., 2019). ​She has developed works with the New York Theatre Workshop and CRASH Theater Co. As an arts educator and arts advocate, Savannah has fulfilled positions with various artistic institutions, such as the Smithsonian's Discovery Theater, the Stratford Festival, the Women's Theatre Festival, and the Virginia Theatre Association. She was also one of two selected by Young Playwrights' Theater to be a Young Playwright in Process for 2020-2021.

Outside of the arts, Savannah is obsessed with Jane Fonda, the color yellow, and telling puns and "dad" jokes.